Today is Memorial Day, the day that we honor those who have paid the ultimate price while serving this country.  Many will get together with friends and family and enjoy each other’s company, but many CrossFitters will be using today as a day to remember those by completing the HeroWOD, “Murph”.

This workout was one of Mike’s favorites and he’d named it “Body Armor”. From here on it will be referred to as “Murph” in honor of the focused warrior and great American who wanted nothing more in life than to serve this great country and the beautiful people who make it what it is.

Partition the pull-ups, push-ups, and squats as needed. Start and finish with a mile run. If you’ve got a twenty pound vest or body armor, wear it.

(For more Hero WODS and their stories)

Who is Lieutenant Michael Murphy?

It’s Memorial Day weekend, a lot of people are grilling out, eating good food. While today is expected, we’ve all been in the house far too long.

With that being said, I know we have not been eating the best! It’s tough, there have been times in the past couple of months and I would just eat, just to eat. So I’ve had to retool and refocus.

I’ve said it before and I’ll say it again, my goal is to come out of the stay-at-home better than I was before.

So for that reason I want to dedicate this issue to food, in particular sugar and carbs. It’s so easy to eat what I call, “the bad carbs” and sugar seems to be everywhere.

Besides the weight gain, risk of type 2 diabetes, and accelerated aging, sugar is the perfect drug. It’s perfect, put it on something or in something and all of a sudden it tastes good. But let’s be real what if you cut sugar out of your diet do you know what would happen? Just imagine mental clarity, reduced inflammation, you probably don’t even realize the accelerated aging or puffiness in your face.

This is what sugar is doing to us, but if your curious, read along to find out what happens to your body, 1 hour after quitting sugar, you would even be amazed at what happens after one week. It’s a game changer.

What Happens to Your Body When You Stop Eating Sugar|domino

America has long become an agricultural powerhouse, but that dominance has led to the mass production of refined grain into starch, which has led us to the consumption of more than 1,000 calories of highly processed carbs a day.

In America, obesity rates have soared.

Obesity rates have doubled, and in 29 states a majority of people are expected to be obese by 2030; more than half of the children living today will be obese by the time they turn 35.

That’s a pretty sobering statistic, in fact, I think our health and longevity is more important that anything. If our health is not taken care of nothing else matters because we won’t be here to enjoy it.

The Danger of Fast Carbs|The Atlantic

40 Side Effects of Drinking Too Much Soda

A single 12-ounce can of soda packs an average of 39 grams of sugar—that’s more than three times the amount you’d get in a Krispy Kreme glazed donut, and yet, we’re still drinking the stuff by the gallon. The CDC reports that 49 percent of adults in the U.S. drink at least one regular soda or other sweetened beverage per day, which adds up to a ton of calories, sugar, and extra weight per year.

40 Side Effect of Drinking Too Much Soda|Eat This, Not That

There is so much talk now about a plant-based diet, vegan, vegetarian, how do we know what’s right? What is the best way to eat? We know that protein is a basic building block of your muscle structure, but the question becomes how much protein do we actually need?

With everyone in a quarantine of some sort, the BBC has updated some popular articles so that maybe we can eat just a little better.

Photo by Mockup Graphics on Unsplash

Photo by Justin Casey on Unsplash 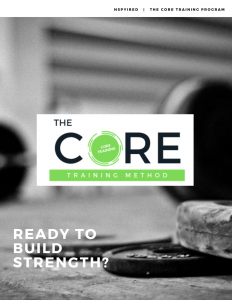